With more than 20 years of experience in healthcare, John has served in a variety of executive and leadership roles. Prior to joining Reston Hospital Center, he served as the Chief Executive Officer of multiple HCA hospitals in both Florida and Georgia. John received a Bachelor of Science degree from Towson University in Maryland, with a double major in business administration and health services management, and went on to earn his Master of Health Administration degree from George Washington University.

A native of Louisiana, Miah received her Bachelor's Degree in Accounting from Louisiana State University, and she is also a Certified Public Accountant. 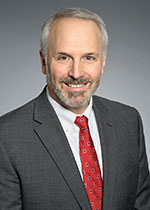 Dr. Thomas Taghon serves as the Chief Medical Officer for Reston Hospital Center, and he assumed this role in December, 2019. Prior to moving to Reston, Tom served as the Associate Chief Medical Officer at Dayton Children's Hospital in Ohio, where he also served as Chief of Anesthesiology. Tom has held several prior leadership positions including Vice Chairman of Anesthesiology for Quality and Safety at Nationwide Children's Hospital, President of the Medical Staff, and Program Director for the Pediatric Anesthesiology Fellowship.

Tom earned his B.S in Pharmacy from Butler University, and earned his medical degree from the Ohio University Heritage College of Osteopathic Medicine. He later returned to Ohio University to earn his Master of Health Administration degree, and is a graduate of the Advanced Training Program in Healthcare Quality Improvement at Intermountain Healthcare in Utah. 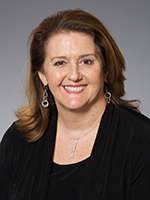 Irene Williford is the Chief Nursing Officer for Reston hospital and has been in this role since April 2017. In this time she has increased patient experience and satisfaction and has created a Nursing leadership environment second to none. Irene has 35 years in Nursing and previously was the Assistant Chief Nursing Officer since November 2016. She was instrumental in the startup of our Level II trauma center and implemented several cutting edge technology advancements that are now accessible to Reston physicians and their patients, including both da Vinci Xi and Mazor X robotics, as well as the first to market the Mako TKA application.

Prior to assuming the Assistant Chief Nursing role, she was the VP of Surgical Services for Reston Hospital. Irene enhanced the overall operations of surgical services, resulting in improved efficiencies and enhanced staff and physician engagement.

A native of Pueblo, Colorado, Ben holds a Bachelor’s Degree from Colorado State University. He graduated from The George Washington University with a Masters in Health Services Administration and holds certification in Lean Healthcare.